If we extract the positive aspect of Oscar Wilde’s character of Dorian Gray, we are left with the concepts of youth and beauty. As you know, I have been dedicating myself – not entirely altruistically – to the exciting topic of the “aging process” and how to slow it down for quite some time. I think I have already approached some aspects and would like to summarize them today.

The very first approach also has to do with type-2 diabetes, namely how to keep insulin levels as low as possible. This is because insulin effects such as the formation of glycogen, proteins and fat accelerate aging, thereby shortening life span. It is well known that a permanently high insulin level also reduces insulin sensitivity and thus increases insulin resistance. Insulin resistance, however, promotes the activation of inflammatory processes, which in turn increase insulin resistance. A true vicious circle that must be broken. And how do we best accomplish this?

Among other things, through a low-carb diet. Because if we feed the body as few harmful carbohydrates as possible (sugar, white flour, polished rice & Co.), there is also a reduced insulin release. Life can be so simple… :=)

Fasting is the only scientifically recognized method to slow down the aging process. And in this context particularly interesting, because it simulates a food abstinence…

The anti-aging effect of Spermidine has already been proven by an international research team led by the Medical University of Innsbruck (Austria). And this also on humans! An increased intake of spermidine is likely to extend the healthy lifespan. And by about five years, if a spermidine-rich diet is compared with a low-spermidine diet (<60 µmol per day).

The so-called detox effect, which normally only occurs during fasting, therefore also works by taking in a lot of spermidine with our food. Good sources of spermidine are fruits such as grapefruit, apples or grapes, ripe cheese, mushrooms such as mushrooms and herb seedlings, or pine nuts and chickpeas. By the way, particularly high amounts of spermidine are found in wheat germ, which is also available as an extract. Guess what I am currently trying out on my own body…?

Personally, I have been convinced of the anti-aging abilities of barley grass juice for years and still take it daily in the morning right after I get up. Barley grass juice consists of numerous secondary plant compounds and an incredibly high chlorophyll content, so I like to call it a real health booster!

My anti-aging program also includes omega-3 fatty acids, which have been shown to not only have an anti-inflammatory effect, but can actually delay the aging process.

A large meta-analysis proved that people who take vitamin-D as a dietary supplement actually live longer. However, vitamin D also supports us visually, namely in the cell renewal of the skin and thus helps in the regeneration of visible signs of aging. 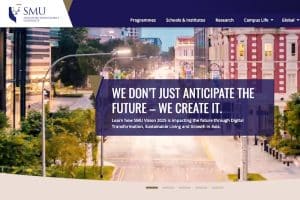 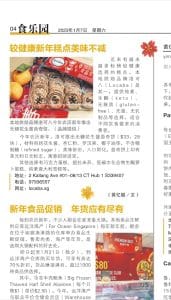 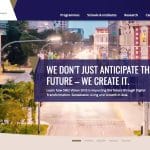 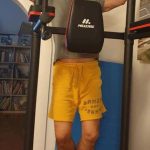 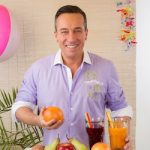